After many delays and questions about how to proceed with certain parts of the plan, I am nearing completion of the walls of the house. The septic system dig caused quite a delay. It isn’t finished yet, but I have one trench nearly ready for inspection and closing. I learned a lot during that process, the next two trenches should be far easier since I know what to expect.

Meanwhile, I changed the electrical plan. I had been planning on running electrical in conduit around the perimeter of the rooms in the house, just under the floor. Apparently the inspector wanted that conduit 18" in the ground, and the routing of the wire in the conduit was looking more and more complicated, so after a chat with my electrician, we decided to run the electrical through the attic and make drops where necessary. Much easier.

The last big delay was building the fireplaces, which I have now done. We’re n the middle of a crazy heat wave right now, but I’ve still managed some early/late sessions to get those completed. Here is the living room fireplace. This is a rumford fireplace built using a kit from http://rumford.com. Probably more expensive than doing the entire thing from scratch, but once I got started it was fairly easy to put together.

I’ll post a comment with a photo of one of the 24" Kiva Rumford fireplaces. The fireplaces are rough right now, but they can be finished any number of ways- with stucco (typical Southwest), tile, even wood facing. I’ll probably do stucco and maybe a little bit of tile.

All that’s left is to build up the wall around the smoke chamber and flue. I need eight more courses on this section of wall. I was hoping to finish this weekend, but it’s just too hot to work outside until 7 pm right now. A few more early/late sessions will see it done.

Once the block walls are up, I need to build the frame walls and set a channel to pour a concrete bond beam 6" thick on top of the block wall. I’d like to have that done by the end of the month. 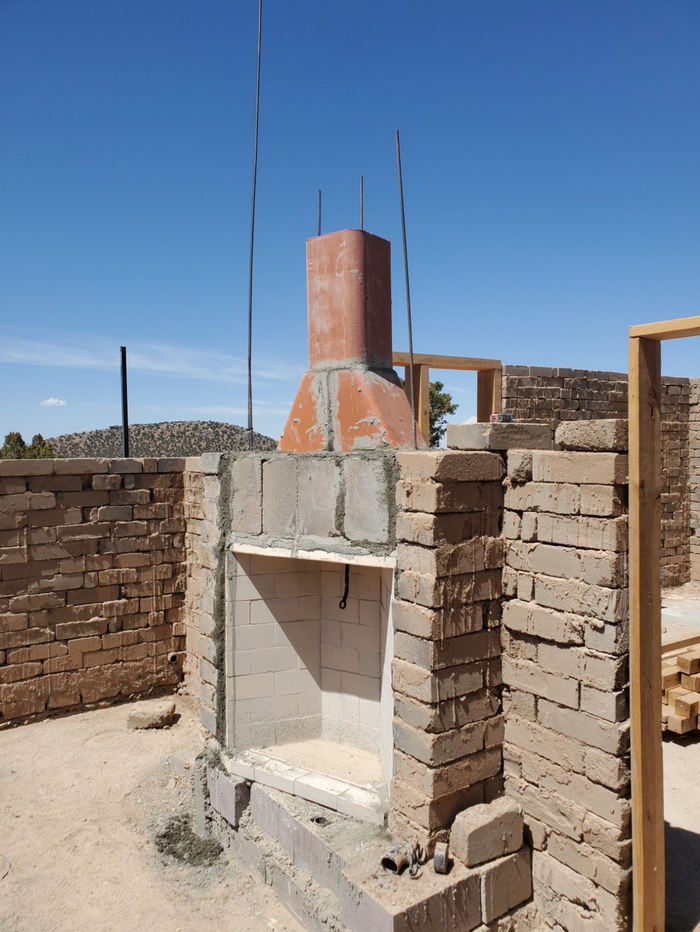 Here is the master bedroom Kiva. I’ve showed this one at a slightly earlier stage of construction to give a sense of what’s involved.

First, you build the bed (the bottom) and the rest of the firebox (the inside white bricks). That all gets put together with heat resistant mortar.

At the top of the firebox, you place the throat, which is a specifically engineered piece (at top in this photo) that controls the flow of smoke from the fire.

The damper goes on top of that, and the smoke chamber and flue continue above, as you see in the living room photo.

The rebar going up is required in earthquake zones in case the chimney cracks. I’m not sure we need it but it can’t hurt.

The arch was a pain, but I used a template cut from 2" rigid foam insulation, and that helped a lot. 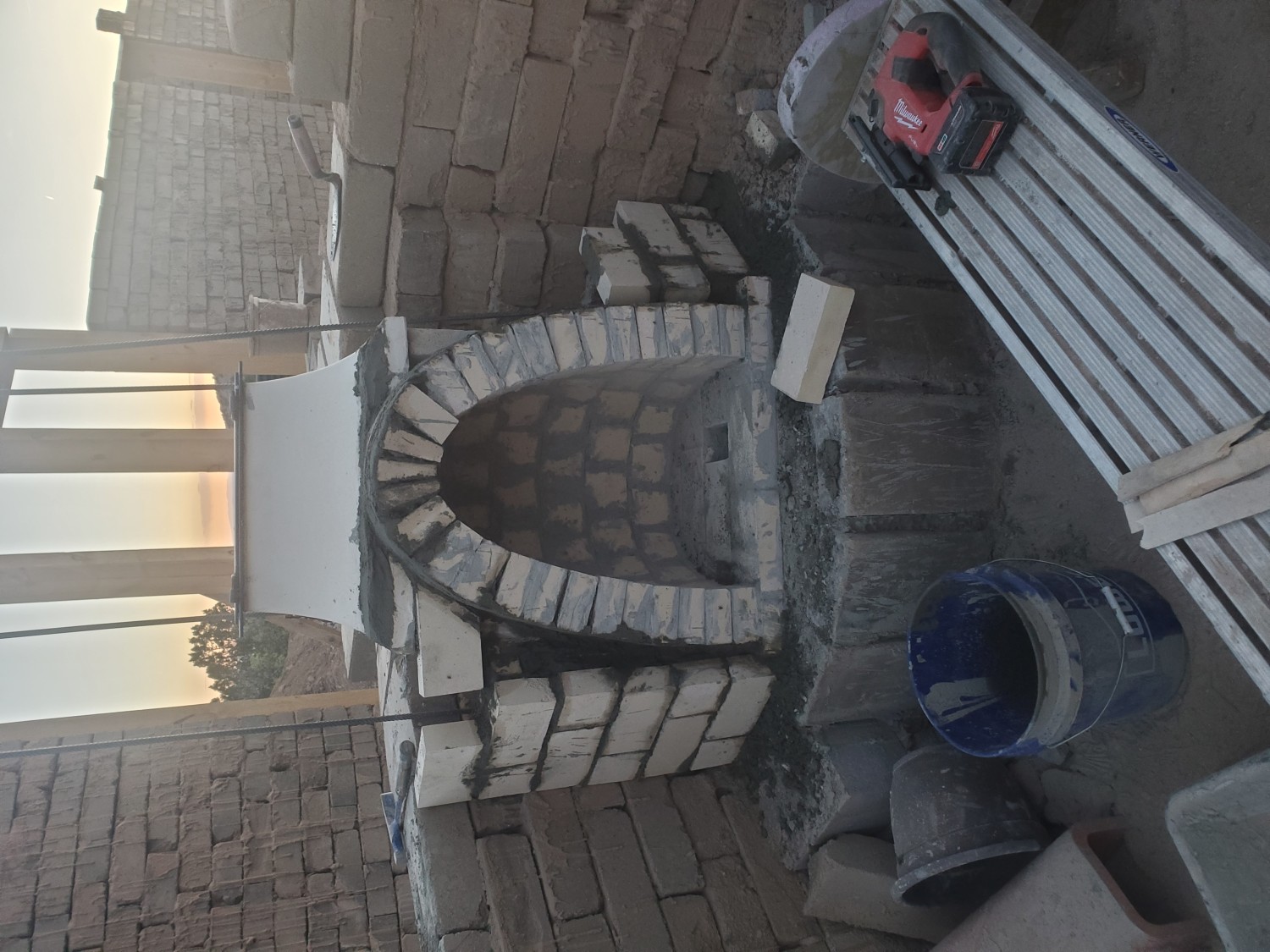