I haven’t posted an update in a few weeks, here is the latest progress on my house build.

Most of the window frames are up, including the south wall windows that are framed with 4" x 10" timbers (far wall). Those were a challenge to cut to size, assemble, and get on the wall given how heavy they are.

I’ve had to go back and cut the door frames 2" wider. I forgot to account for the frames that come with pre-hung doors. As my father said, don’t be afraid to re-do things if you make a mistake. Thankfully it was not difficult. Now I just need to widen the remaining frames and I’ll be done with the doors.

As you can see, the walls are now at varying heights. The walls around the fireplaces will not go up higher until I get the materials and start assembling the fireplaces, probably next week. The other 10" walls are going up as I get 10" wide blocks off the machine.

The machine nominally makes a 14" x 10" block. 14" is the width of the mold in the press, so the blocks are always exactly 14" on the long side, but when you press to a specific pressure, the short side varies depending on the amount of soil that gets in the mold when it presses. I don’t want to press to a specific width because on a wall this high I want all the blocks to have a similar pressure for structural integrity.

Covered in orange tarps, in the background right by the green block press, I have nearly 200 blocks I pressed yesterday. It rained last night and the weather is going to be very cold tonight before warming up again, so I’m probably going to wait until Sunday before laying more blocks on the wall. As long as the weather stays fair, I will be able to keep making and laying blocks, and I should be done with the walls in early January. 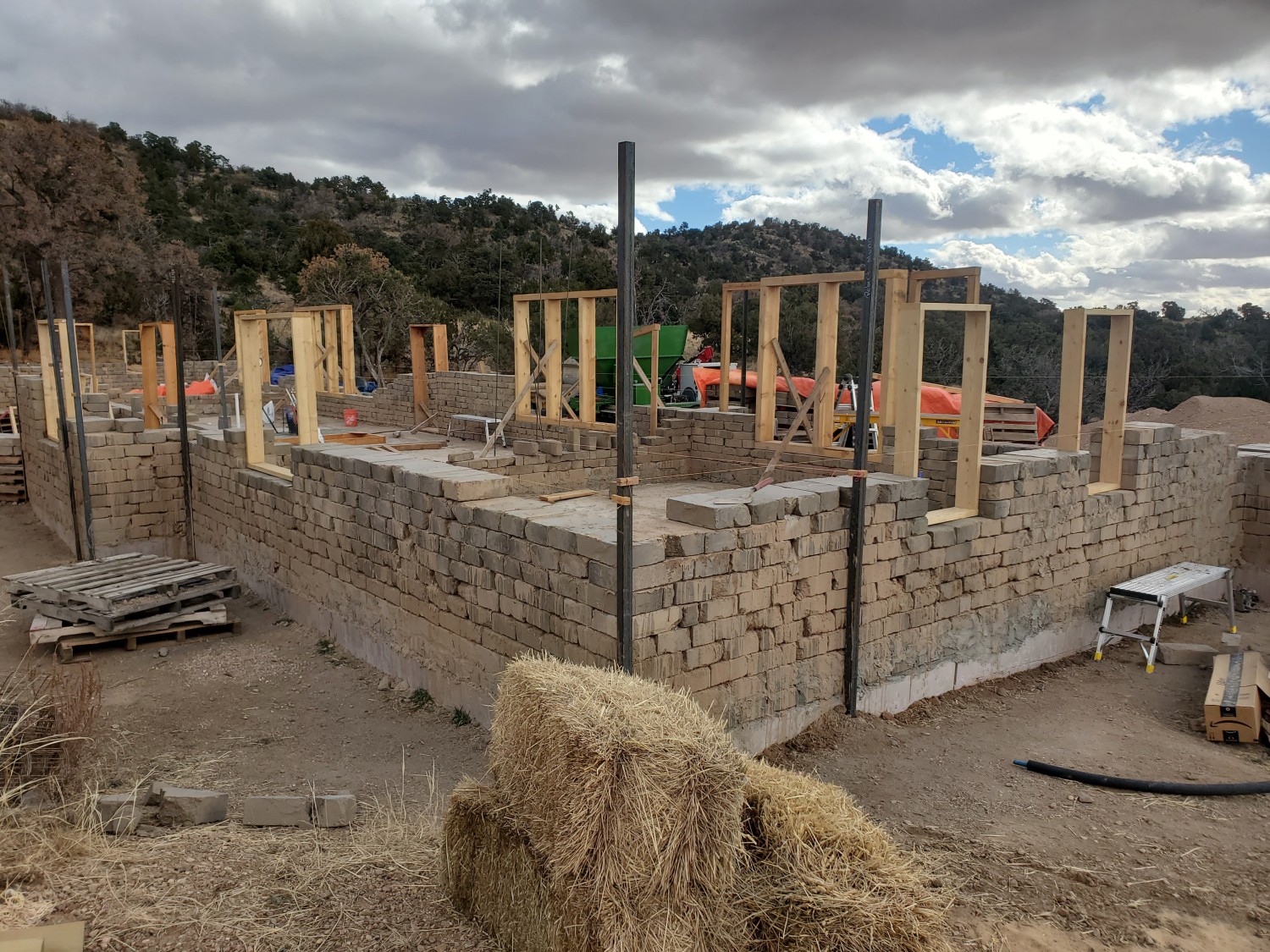