I am tickled pink to report that there are more Linux users than macOS users viewing this site. There was a time just over ten years ago when many engineers I knew started switching over to MacBook Pro as their laptop of choice. I made the switch in 2013, and I was happy enough for three or four years, but then several things happened.

First, Apple got way too cozy with China. I like to leave the politics out of this blog, but in this context I think it is warranted. Apple has turned over all of its encryption keys to all of its devices to the Chinese Communist Party (CCP) as a condition of doing business in China. That is unacceptable. There are other reasons that I will not drag into this discussion, suffice it to say that in my mind, turning over the encryption keys warrants ditching their entire product line. Governments should not have that kind of access to our data.

Second, the other laptops manufacturers caught up with, and in some cases surpassed, the quality of product that Apple made a name for itself with the MacBook Pro. Maybe Apple didn’t care that much- after all, the entire computer revenue stream is a fraction of the size of iPhone revenue. Laptops just don’t matter as much to their bottom line anymore. I think that’s a mistake. Either way, something happened and build quality and product choices started to slip on the MacBook line.

It looks like Apple has finally committed to making top notch MacBooks and MacBook Pros, but it may be too late. The big vendors started offering really good high end products, and more significantly for Linux users, players like System76 have emerged to bring top notch Linux-based computers to the market.

Third, Linux on the desktop made very signficant strides in those years, and has continued to improve to the point that it is a viable replacement for Windows or macOS for most use cases. There are still edge cases where some products are not supported on Linux. Most of those products tend to be niche professional offerings with limited markets, but some of them (looking at you, Adobe) are mass market products that would see plenty of uptake on Linux if they were offered. I understand Adobe’s position- it’s hard to justify the spend to support another OS when there is no guarantee there is a revenue stream there big enough to make back the investment. As we see with technology generally, once barriers to adoption are lowered, the pace of adoption may increase dramatically. Linux might be in that position now- it just needs a bump or two with the right commercial products. 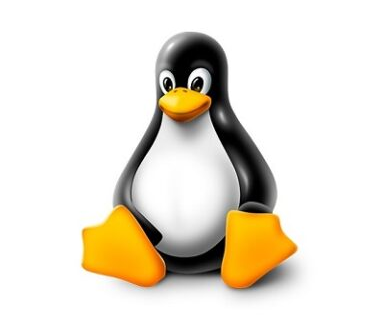 Hopefully Linux continues its upward trajectory of adoption on the desktop and we see more choices and a more robust Linux ecosystem emerge to challenge Apple’s ecosystem. Purism has made a good start with PureOS and their Librem phone and laptop products. Pine is developing an entire line of open source Linux-based products - phone, tablet, laptop, smartwatch, and IP camera. It should be really interesting to see whether these and other companies in the space can copy Apple’s ecosystem approach and build winning product lines.